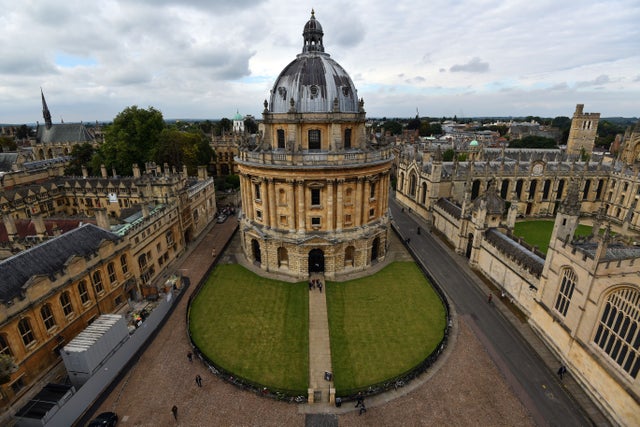 How universities are shaping future towns and cities

University towns represent a unique setting within urban spaces. University towns are places where the identity of a city is shaped and complemented by the presence of its university; creating an environment enjoyable to all residents. They are true melting pots; where young minds meet old traditions, and political, social, and cultural ideas of all kinds are welcomed. This definition of a university town is deliberately imprecise, there is not a clear distinction between a university town and a city that is merely home to a university.

Hundreds, if not thousands, of university towns all over the world are academic archipelagos, distinguishing themselves from cities within and beyond the regions in which they are located. They are alike in their youthful and comparative diverse populations, their highly educated workforces, their relative absence of heavy industry and characteristic landscapes such as the campus, university-oriented shopping districts and student ghettos among others, for example Braamfontein (Johannesburg, South Africa) home to University of Witwatersrand students.

In order to gauge a university’s influence on a town, there are many topical issues to take into consideration and pertinent questions about these hosting cities that must be statistically answered.  such as: Is the university the largest employer in a town or city? What is the enrolment of the university compared with the population of the city? How does student housing provision impact on the general housing provision and the town’s spatial form?

Many universities, for example, the North West University-Potchefstroom in South Africa, are taking to lead urban development. Evidently, for this university and many other universities, it is not just building a city with physical infrastructure. It is the social programmes, services, policies, activities, investments, thinking, imagining and vision around how they are shaping urban areas. Universities have always built buildings, and over the decades have studied and given evidence-based input on issues related to urban planning, architecture, housing, transit and social programmes. Through shared spaces, partnerships, university-led public symposia, grassroots projects and media conversations, universities increasingly seek to influence the development agenda of the cities in which they reside. By transforming the cities around them, universities are transforming themselves.

Indeed, as city-building projects get more sophisticated and universities grow creatively into their surrounding neighbourhoods. In future, dividing lines between the university and the city will keep growing fainter, spurred on by needs from the outside community. Universities are not just little fortress or islands in the community, they are integrated into cities and are a beacon for cooperation. Over the last several decades, higher institutions of learning have been pulled back into orbit, building partnerships with local business, becoming involved beyond the university walls. The benefits have been felt by students and the cities, along with the industries seeking the fresh talent that can reinvigorate older organisations.

Universities are core components of the cities’ urban structure. A visit to some of the oldest universities in the world in Fez (Morocco), Bologna (Italy) or Santiago (Chile), one will find them deeply imbedded in the city’s infrastructure, a maze of commerce and people emanating into the city.

A university is a valuable, all-round contributor to urban life. The benefits of having a university in a city are manifold and naturally depend on several factors. Universities undoubtedly provide a distinct advantage in terms of boosting economic prosperity and social development. Relatively immune to business cycle fluctuations, universities employ local people in jobs ranging from blue collar to white collar jobs. Successful universities also expand, adding new buildings and revitalising old neighbourhoods.

Universities define the urban form through their ability to influence the general architecture of the city. Cities like Oxford and Cambridge in England are classical examples. On the same note, universities attract activities, most importantly, because they act as magnets for real estate capital. In as much as university towns help to shape city development, many cities in the global south are losing their historic layers which will not be replaceable as they are foregoing urban conservation for urban development, for example Potchefstroom in South Africa which is home of the North West University.

The pressure to increase the density and scale of buildings on campus often threatens the very qualities of space and social interaction that make campuses memorable. On the other hand, when universities attempt to expand/extend vertically, surrounding neighbourhoods ‘push back’. As a result of this tension between the university campus and the surrounding context, campus edges are frequently flashpoints of bitter controversy. Faced with such strong opposition to external growth, universities and cities have evolved to find new ways to co-exist.

Universities define the urban form, attract activities and people, and create an identity for the city. The universities have played an important role in influencing the shape and direction of the urban expansions. Universities are major generators of activities and movement, creating opportunities for enhanced public experience.

In many instances, the establishment of a university can jumpstart development in a new or dormant city. This is where the issue of university towns attracts a lot of traction particularly as a tool for urban development. In Zimbabwe, populous state universities such as the Midlands State University and Great Zimbabwe University have given life to abandoned mining towns like Zvishavane and Mashava respectively. It can also be hypothesised that the establishment of state universities could boost the growth of emerging provincial capitals such as Lupane and Gwanda in Zimbabwe.

However, the ability of a university to influence the overall outlook of the city is both a spatial planning issue and a developmental issue. It is something that requires authorities to strategically think and plan. In metropolitan cities, universities can exist without influencing the general city outline as they will be integrated into an already planned functional system. It is in relatively small towns and emerging cities that university towns have openly influenced development.

In recent years, universities have expanded their scope from just focussing on the academics but have also integrated sports, religion, culture, art and even business. For instance, sporting activities at universities have transcended from being recreational to being commercial. This has allowed universities and their commercial partners to build modern sporting infrastructure thereby altering the outline of cities. In South Africa, top universities such as the University of Witwatersrand own a number of nationally recognised sporting teams. They have as well managed to build competitive sporting arenas.

The more universities are stablished and grow shaping young and old minds, they remain critical players in influencing urban growth and development. Relevant authorities must draw lessons from past experiences, present challenges and future opportunities strategically reflecting on the concept of university towns as a vehicle for urban planning and development.

An inevitable reality in African cities is the ever-growing young population in need of university education while deindustrialisation and low investment in major industries continue to threaten the sustenance and growth of cities. (In this regard), Future African cities are (therefore) challenged to develop new thinking and approaches to planning and ways of attracting scarce capital for urban development.

Keep in touch with us

Stay connected with Future African Cities Institute by subscribing to our email newsletter to receive the latest news, updates and research insights.